What are the downsides of veganism? An alternative view

Veganism has been suggested by many as a potential solution to the increasing impact our modern lifestyles have on the planet around us. With a growing population, and growing pressure on land to provide the food and resources required, it is clear that we need to make a change. However, veganism might not be the cure-all to the sustainability challenge.

Although many point to the reduced number of hectares of land a vegan diet demands, a recent investigation comparing several different eating patterns concluded that diets incorporating some animal-source foods (especially milk and eggs) use less land than their vegan alternative. Global acceptance of a completely vegan diet would waste available land that could otherwise feed more people – not all diets exploit land types equally. There are other benefits to well-managed livestock grazing too, including improved rangeland biodiversity, carbon sequestering into the soil, and in the case of low- and middle- income economies, a valuable commodity for the poorest in society.

For these reasons, the challenges of our growing population and limited space should not persuade us to turn away from livestock. They should instead encourage us to pay greater attention to the sector, enabling it – through scientific advances and enlightened policymaking – to provide the greatest benefits for the world’s people at the least cost environmentally and socially.

Read the original opinion piece and response on the Guardian website. 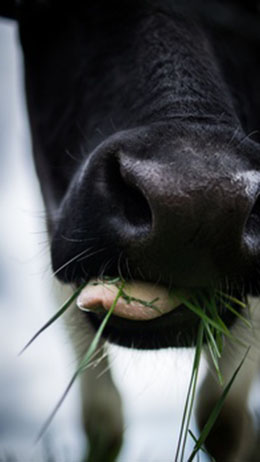 This website uses cookies to improve your experience while you navigate through the website. Out of these cookies, the cookies that are categorized as necessary are stored on your browser as they are as essential for the working of basic functionalities of the website. We also use third-party cookies that help us analyze and understand how you use this website. These cookies will be stored in your browser only with your consent. You also have the option to opt-out of these cookies. But opting out of some of these cookies may have an effect on your browsing experience.
Necessary Always Enabled
Necessary cookies are absolutely essential for the website to function properly. This category only includes cookies that ensures basic functionalities and security features of the website. These cookies do not store any personal information.
Non-necessary
Any cookies that may not be particularly necessary for the website to function and is used specifically to collect user personal data via analytics, ads, other embedded contents are termed as non-necessary cookies. It is mandatory to procure user consent prior to running these cookies on your website.
Functional
Functional cookies help to perform certain functionalities like sharing the content of the website on social media platforms, collect feedbacks, and other third-party features.
Performance
Performance cookies are used to understand and analyze the key performance indexes of the website which helps in delivering a better user experience for the visitors.
Analytics
Analytical cookies are used to understand how visitors interact with the website. These cookies help provide information on metrics the number of visitors, bounce rate, traffic source, etc.
Advertisement
Advertisement cookies are used to provide visitors with relevant ads and marketing campaigns. These cookies track visitors across websites and collect information to provide customized ads.
Others
Other uncategorized cookies are those that are being analyzed and have not been classified into a category as yet.
SAVE & ACCEPT
Powered by